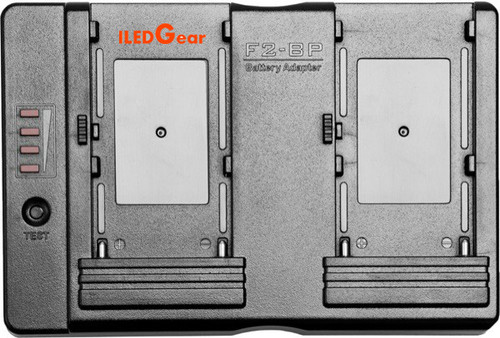 Use as V-Mount Battery via two common Sony NP-F Style Batteries. It's a cheap choice and replacement of V-Mount Battery. Reduce weight and cost for you. Our adapter has Current protection. When the output exceeds the requirement, the adapter can stop working to protect devices.

Not only for LED Lights, but also 5D2 Rigs.

In addition, the adapter Comes with a D-Tap port , making the adapter be very versatile to work with any D-Tap cables. The feature is very useful. With the D-Tap cable, the adapter can power LED Lights and other devices via cheap NPF Batteries. It's also a great space power.

• Connect with the D-Tap to 4pin XLR Cable, the Adapter can be used to power LED Lights with 4pin XLR Jack via NPF Batteries.

• Connect with the D-Tap to DCΦ0.7mm cable, the Adapter can work with devices with DC0.7mm via NPF Batteries.